Smarter Than You Think…

The latest TIME magazine has me enthralled. Charlie Rose interviewed the author of this piece, Jeffrey Kluger, who showed an incredible video of a highly intelligent, 29 year-old Bonobo ape named Kanzi.

Millions of radioactive boars are now living in southern Germany. They are the aftermath of the Chernobyl nuclear disaster of 25 years ago! It must be rather like Hollywood in the forests of Bavaria; there are millions of wild bores running around LA, mainly radioactive.

For 76-yr-old Roman Polanski, legendary director of the macabre and neo noir classic, Chinatown, a nightmare has returned. In an incredible turn of events, the man once known as the husband of the most high profile Manson family victim (his heavily pregnant wife, actress Sharon Tate, was slaughtered by the heinous cult), has just been arrested in a Zurich airport–as he arrived to collect a lifetime achievement award.

Accused in 1977 of sexually assaulting an underage girl–the Tinseltown hopeful was handed over to Polanski by her mother. Polanski took her to Jack Nicholson’s house for a photo shoot, that culminated in what was alleged to be a sexual assault. The Academy-Award winner (Best Director for The Pianist–in absentia) fled LA just before sentencing. He has been living all these years, exiled in Paris. I know Polanski, and hope this great artist is finally left alone. The current DA, Steve Cooley, is using this old, but still high profile case, to garner publicity to win state office. The victim has long ago dismissed this old news: why can’t the politicians and press?

Huge carbon clouds, blk & dirty, are floating all over the world. They’re from the industrial mess in China. During the mid-90s I spent time there, in my incarnation as fashion designer. They put their best faces on when doing business. Constantly In the company of young English-speaking translators & execs–smart, funny, curious– during downtime I would be taken to non-stop 10-course meals at exotic restaurants. Working in an industrial zone, on a few occasions I saw the mess hidden behind the factories. The Chinese are ravenous–they can’t get enuff of Western lifestyle!!! Economic growth has been the ticket out of poverty and isolation. The pollution caused by China is a FAR GREATER PROBLEM than imagined. It will come home to roost. A free Tibet & pollution safeguards will not happen!!! & THE CO-DEPENDENT RELATIONSHIP W/ THE US WILL NOT STOP!!!

Moving on to LA. The million trees Mayor Villaraigosa proposes for LA are not the iconic palm (HIS PEOPLE said nix) but dirty, disease-prone sycamores. I’ve lived w/ both. Palms are it! Someone w/ an “in” & a million sycamores probably got a sweet city contract??? No???

THE BOMBING IN TIMES SQUARE!!!! 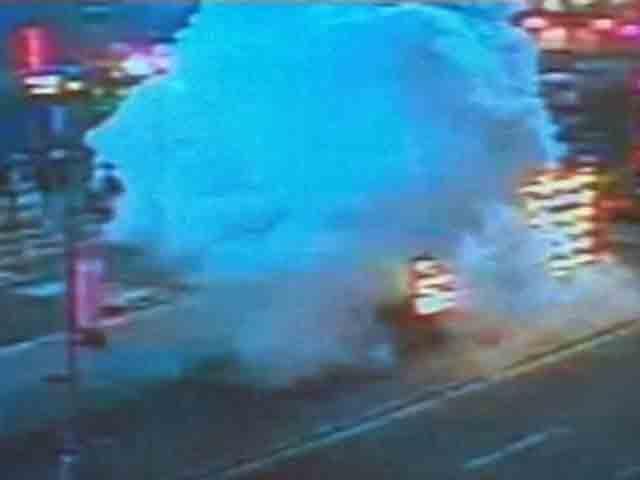 Homegrown or WHAT??? Terrorism? About the elections or what??? You can never tell. A woman said she felt the blast 44-stories up…They are investigating here in LA. KNBC reported a local man is a person-of interest. The FBI is all over his house, off the Sunset Strip–in the upscale Mount Olympus neighborhood. Stay tuned.
UPDATE: The LA man-after thorough investigation-HAS BEEN CLEARED.