By convicting Conrad Murray, MD., I’m convinced the jury reached a just verdict in the Michael Jackson manslaughter case. Malfeasance, mistakes, or plain ineptitude by callous medical professionals resulting in deaths — and that includes “care” by MDs, down the chain to those barely licensed — is extremely common and usually motivated by incompetence and/or greed. Unfortunately, these cases are rarely prosecuted (laws protect medical practitioners, they protect each other, and, in this case, the events occurred in an isolated home environment with no oversight). Michael Jackson’s family and the LA County DA should receive kudos for the vigilante pursuit of this corrupt, reckless physician. The great tragedy is that Michael Jackson is dead – Dr. Murray may have been in a conspiracy with his meal-ticket, mega-star patient – but he is alive; a culpable co-conspirator who was heavily remunerated.It’s frustrating but because of over-crowding in the state prison system, due to lack of funding, early releases for non-violent offenders like Murray are the norm. He will probably receive a very short prison stay, probation, possibly home monitoring, and hopefully the loss of his medical license.

Like the state, the city of Los Angeles is on precarious financial footing. It’s outrageous to think that Staples Center & AEG (promoters of the obviously now cancelled 50 MJ concerts) & the Jackson family–who will all profit handsomely from Michael Jackson’s funeral–are making taxpayers foot the multi-million-$ security tab for MJ’s funeral. While basic services & schools are going thru draconian cuts, what’s wrong w/ this mayor, Antonio Villaraigosa? He couldn’t arrange for the bill to be paid privately? I shout cronyism! His deputy had the unfortunate task of announcing a website to beg fans to contribute to the expense. 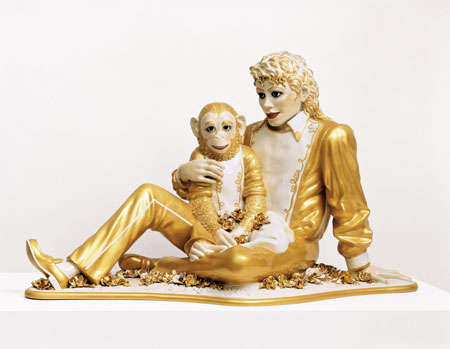