The Rapture is coming on Sat…What to wear? It always matters what you’re wearing…but particularly on the day when your signature look will be for all eternity! If a Christian group is right, we’ll soon be sashaying down that runway in the sky for the pearly gates — or to the fires of hell. But don’t worry about Rex and Frosty: In NY,compassionate  atheists vow to rescue pets if their owners ascend on “Judgement Day.” 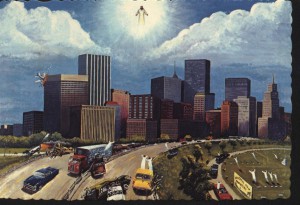 After effects of the Fukushima disaster in Tokyo: “While bottled water is still hard to find and the huge video screens in Shibuya remain dark, some inhabitants of Tokyo are beginning to return to their usual joyous style. One Harajuku fashion plate, pointing to his outrageous shirt and huge pendant, wondered out loud if it’s O.K. to be having fun. In the days after the March 11 earthquake and tsunami, the city most creative dressers ditched the pastel colors and heels, and Japan Fashion Week canceled its events. Now a sense of normality is creeping back, as more fashion companies re-schedule their shows and Tokyo’s youth put their all-black ensembles in the closet. Said Kento Koizumi as he brushed a streak of Smurf-blue hair out of his eyes, “Tokyo should be strong for the people in Sendai.”          Rebecca Willa Davis, N.Y. Times, 4-17-11 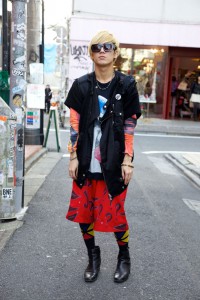 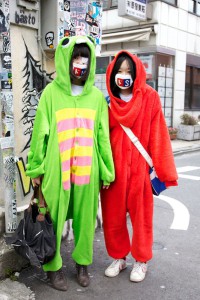 My revelatory L.A. underworld book, seen from the angle of Mickey Cohen, Hollywood’s outrageous mob boss, will be released May 1, 2012. An incredible story, covering six decades, it’s packed with juicy revelations, and steaming historical shockers about the likes of RFK, Nixon, Rev. Billy Graham, as well as countless stars (Sinatra, Marilyn, Lana Turner and her lover from Cohen’s gang – who ends up dead in her bedroom – even Shirley Temple), as well as iconic mobsters like Bugsy Siegel and Meyer Lansky.

But what next? With the death of Elizabeth Taylor I though about meeting her in Monte Carlo. She was still amazingly beautiful – and very funny. Maybe a simple book, using silent-screen diva Louise Brooks‘ sublime bestseller LULU IN HOLLYWOOD as a template. It’s just eight short and intimate stories about people from her life. I could recall Andy Warhol, Jim Morrison, Elizabeth Taylor, Fellini and a few more mega-legends…capturing my impressions of these icons up close.


UPDATE: I don’t want to write another book.

She personified the words GLAMOUR and LEGEND. One of the greatest, most vivid stars – ever – it must never be forgotten that her brave and compassionate philanthropic work touched so many!
[youtube=http://www.youtube.com/watch?v=qBonKdy7t4o]