The New Reality: From McMansion to Double-Wide 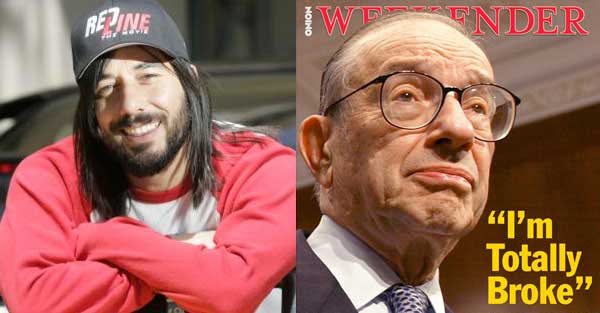 Well, I’ve just learned the mortgage Armageddon started small in SoCal—Orange County to be precise!!! And who said no one’s thinking out here?
This info came from an incredible show, House of Cards on CNBC. The 2 hr. special detailed how loan agents in the OC–home to those desperate reality housewives–joined forces w/ brand-name Wall St. banks, & began the scams that led to the crash. The sub-prime “instruments” became so sweet for all parties involved—TRILLION$ passed hands– that to fuel the raging demand, the loan businesses eventually began lending to anyone who could sign a contract, no matter how unqualified. You’ll hear about “structured products,” called CDOs, & risky modes of financing such as Pay Option Negative Amortization Adjustable Rate Mortgages. And how, in the heated, unregulated market, the toxic assets were packaged by the St., rated by Standard & Poor’s, Moody’s & Fitch as “investment grade,” stamped AAA, & sent out to pollute the world.

The interviews are priceless. You’ll see a smug Alan Greenspan proclaiming: “Laws for regulation would never have passed,”–Republicans will stand for no govt. interference, as you know—& some of the architects of the debacle: bottom-of-the-barrel loan king, Daniel Sadek, a young Lebanese immigrant w/ a 3rd-grade education who sold Mercedes until starting Quick Loan Funding in 2002 (he was pocketing $60,000,000-a-year at his peak & spending it on exotic cars, shag haircuts, & bankrolling a movie, Red Line), bland Wall St. “financial engineer,” Ira Wagner, & many others.
BTW: Not one in this bunch is in jail, or even under indictment. Their lives go on, & w/out a single mea culpa!